How to Get Your Teen to Start Talking to You Again 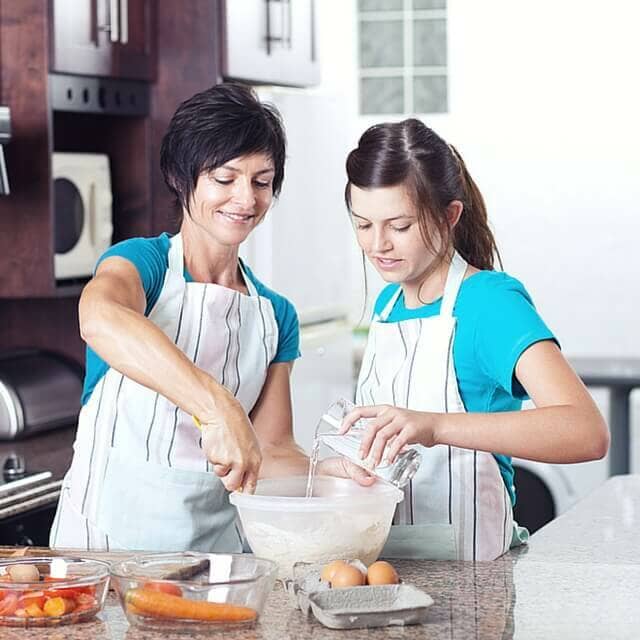 You're familiar with the following stereotype, right?

Parent: "Anything happen at school today?"

Teenager: (Grunts something incoherent while texting friends on an overpriced smartphone)

Parent: "Um... how about the week ahead? Anything happening I should know about?"

Teenager: (Rolls eyes, sighs, and throws a piece of pizza at the parent.)

Teenager: (Stands on chair, waves arms in the air like an angry orangutan)

Okay--so maybe this last part doesn't happen. But perhaps you've experienced something that feels like it. As a dad of teens, I know this pain can be very real, and I hope poking at it with some humor helps us to not feel so alone.

Talking with our teens is often an exchange of the "three A's" - angst, anger and apathy. Let's add a fourth "A" into the conversation: accuracy.

Here's what's accurate when trying to get teens to talk:

My oldest son is on the front-end of this journey and I've been trying to help him understand how these shifts inside of him and around him are going to cause him to question everything he's known. For example, he recently started questioning my wife and I about how we make certain parenting decisions with his younger siblings. Initially his questions seemed like attitude until we realized that this is his way of understanding why we do the things we do so he can figure out if that's how he wants to live.

What if part of our hurdle in talking with our teens is that we misinterpret their questions?

I'm not suggesting that we try to be a "cool parent" who rolls into their room on a hover board as we chew on a Chipotle burrito while humming the latest (insert temporarily popular band here) song.

What I am suggesting is that we see this season of their life for what it is even if they don't.

This is unconditional love at it's finest, for when they say, "I feel judged by you and everyone else" we reply, "You're always loved by me, just as you are. I may not like what you do, but I will always love you."

It's how to get your teen to start talking to you again. Here are some ways to practice it:

One more insight: sometimes when our teens ask a question what they really want isn't the right answer but a relationship with you.

It all tracks back to what we've heard about the difference between hearing and listening.

Apparently, listening is better than hearing.

Then again, maybe hearing is better than listening.

Someone probably explained it all to me once, but I wasn’t paying attention.

The bottom line is paying attention matters. I think I’ve made that clear.

What was I talking about?

be unconditional, conversation, Fearless Conversation, living with teens, parenthood, parenting, relationships, teenagers, Tony Myles, unconditional love
How to Get Your Teen to Start Talking to You Again2016-02-012020-10-07https://2df6ifl6qf726uflde5e28ya-wpengine.netdna-ssl.com/wp-content/uploads/2019/06/group-lifetree-new-logo.pngMyLifetreehttps://2df6ifl6qf726uflde5e28ya-wpengine.netdna-ssl.com/wp-content/uploads/2016/02/How-to-Get-Your-Teen-to-Start-Talking-to-You-Again-fb1.jpg200px200px

Tony Myles
Tony Myles is a real guy with a real family following a real God. His most recent book If... What If was co-written with his son to help families journey through the Bible and life together. Tony and his bride Katie have been married and honeymooning for a whole lot of years. These days they're parenting their kids through college, high school and elementary school. Depending upon when you bump into him, you can find Tony serving families and students at Riverside Church, writing a book or newspaper column, hanging out with teenagers or sitting across the table from someone needing perspective. If it’s a really good day, you just might find him sipping on a fruit smoothie.
Recommended Posts
Showing 5 comments
pingbacks / trackbacks