When you're feeling far from God 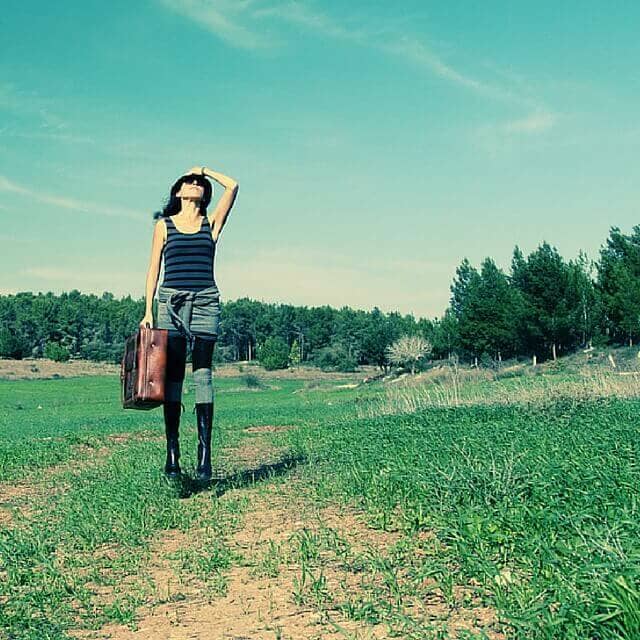 Last week I met a woman at the bookstore. We started chatting because she’d heard me speaking English (not all that common to hear when you live in Germany), and she asked where I was from. The conversation lasted awhile. It turned from small talk to deep talk as we discussed my work with local refugees. She was interested to know what compelled me to do it, and I told her about my faith.

The woman nodded along without much expression for a few minutes...

...and then she burst into tears.

She’d been raised a Christian, but recently she felt far away from God. In pursuit of other successes, she’d let go of her faith. It had been years since she felt connected with God, and I could see that it was breaking her up inside.

My heart went out to her. I’ve been there too.

It wasn’t long ago that I struggled with feeling disconnected with my faith and far from God. I, too, had been raised in a Christian home, but when I entered adulthood, I went off on my own. I pursued other things in life, and by the time I realized how far I was, I felt hopeless. Not only was I spiritually empty, but other things in my life began to unravel as well. I lost friends, I had no direction when it came to my work. I couldn’t sleep, barely ate, and wondered what on earth had happened.

I explained all of this to the woman. Her tears dried a little. Then I told her about one of the most amazing realizations I’ve had since rediscovering and reconnecting with my faith: while we’re out pursuing other things, God is still pursuing us.

CS Lewis once wrote that if you want to stay far away from God, you’ve got to be very careful about who you talk to, what you read, or where you go because God is everywhere. I’ve found that to be so true. The Bible is full of examples of God going after people, even from the beginning when the first two people fell away. Knowing what they should do, Adam and Eve decided to take their lives in their own hands. They pursued something outside of God, and in doing so they distanced themselves quite a bit.

While there’s a lot to take away from their story and circumstance, one of my favorite parts is in Genesis 3, where it says, “But the Lord God called out to the man and said to him, ‘Where are you?’” God knew what they’d done, and that they were hiding from his presence. He didn’t wait for them to turn back to him. Instead, he came into the Garden and sought them out.

Jesus also talked about God pursing those who've gotten far from him in the parable of the lost sheep. Luke 15:4 says, “What man of you, having one hundred sheep, if he has lost one of them, does not leave the ninety-nine in the open country and go after the one who is lost until he finds it?”

>> Related: a free 21-day devotional series to help you re-center on Jesus

God doesn’t wait for us to get everything right, or to turn to him on our own. He knows exactly where we are, and he's willing to go there to get us back on track. This is great news when you’re feeling far from God. In my own life it proved to be the case. God found me one afternoon while I was sitting at my parent’s house. I wasn’t at church or even in prayer, but my heart was filled, and I knew that it was God.

If you’re feel distant as well, take heart. God is already searching for you. He loves you, and he won’t abandon you.

rebbekkamessenger
Rebbekka is a mother of two awesome boys and a wife to a super cool teacher. She works in children's, women's and youth ministry, and as a Development Director for Vision for the Children International. Her husband recently took a job in Germany where their family will live for two years. You can follow her blog to read about the ups and downs of moving the family abroad at travelingmessengers.com.
Recent Posts
Comments
pingbacks / trackbacks