Why I started bringing my kids "into the mess" with me 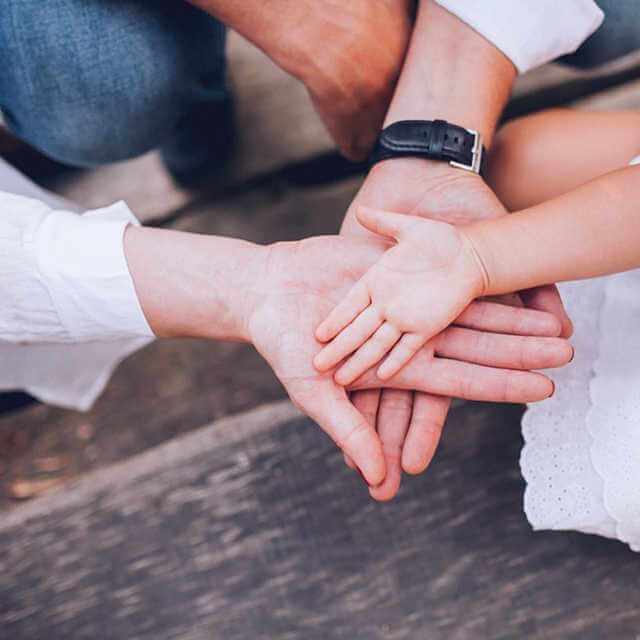 While there are times of great joy and celebration when you decide to join Christ in reaching out to the world, you’ll also find hurt people who are going through really tough times. Sure there are happy occasions—weddings, graduations, and celebrations. You’ll get to praise God alongside those who have overcome illnesses or got the job they wanted. But you’ll also find yourself at times praying alongside those who are desperate for help. Sometimes it’s easy, but a lot of the time it’s not. And it’s exactly the type of life that Christ calls his followers to.

In the Gospels, we read about the many times that Jesus celebrated with others, but we also read about how he was willing to join others in their pain for the sake of helping them out, giving them hope, and giving them life. Asking his followers to follow the same model, in Luke chapter 10, Jesus tells the story of a man who was beaten and left for dead on the side of the road, and how religious leaders refused to help. They didn’t want to get messy. Then, along came the Good Samaritan, a man who stopped and came to the rescue. Jesus concluded that a life that is lived for him is one that stops to help—one that may get a little messy.

As someone who’s passionate about ministry and following Jesus, I’ve seen the mess firsthand. As a parent, I’ve talked with my kids about it and I’ve read the story of the Good Samaritan. We’ve had long conversations about helping other kids at school, and this year I decided to do more.

I decided to start bringing my kids with me into the mess.

For a while now I’ve spent time working with refugees, and I’ve gotten so much out of it. My heart has both grown and broken so many times. In the midst of the mess, I’ve found the reward, which is something that you can’t get when you sit on the sidelines. I’ve connected with people from all around the globe. I’ve seen hope spark in their eyes and love blossom in their hearts. More often than not, I’ve left each meeting or volunteer opportunity with a smile on my face and warmth in my chest.

After a few months of working with these gentle souls, I wanted my kids to experience the same thing. Though it would be risky—they could see and hear things that are sad or scary—I wanted them to experience authentic ministry by knowing what it feels like to look into the eyes of someone who’s been through so much and just glimpsed Christ for the first time. So I decided to start bringing my boys with me.

Our first family outing was to an intake center where my boys handed out candy and gloves to children on a cold day while I talked with parents. I was nervous the whole time, glancing over my shoulder to see what my boys were up to, and each time I was rewarded with a glimpse of one of them smiling, laughing and giving. About halfway through the day, we were approached by a family from Syria, a man and his wife along with their small daughter who wanted to talk about all of the hard times they’ve endured. My boys listened intently, asked questions, and received kisses on their heads from the little girl’s father. They left feeling like they made a difference, if only a small one, and they were hooked. After that, we helped organize, and deliver Christmas presents to kids in refugee homes. My boys went with me when I met up with people, and before long they were upset if I went without them.

I was affirmed in my decision to bring them with me when I was approached by my youngest son’s teacher. She wanted me to know that while giving a lesson on helping other students, my son raised his hand to say that we should always be prepared to help those in need, even if they aren’t in the same class. Ministry can be messy, and for a long time I was tempted to shield my kids from that side of it, but I have learned that when you bring them with you, amazing things can happen.