The united front of marriage 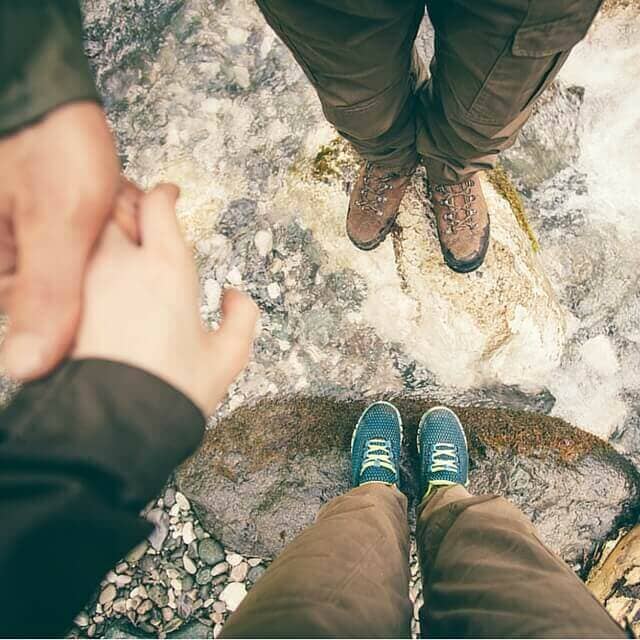 My husband and I are coming up on our three-year anniversary this week, which in my book makes us officially out of the honeymoon phase of marriage.

(Couples who have kids might find that debatable, given that we don’t have any yet, but hey, this is MY book: if I say we’re out of the honeymoon phase, then we’re out of it!)

But despite being three years in, far beyond that cutesy googly-eyed lovey-dovey phase, people still often comment on how “cute” we are together, how much fun we have together, and ask us how it is that our marriage “works.” Given that we spend literally every waking moment together (we not only live together, we WORK in cubicles twenty feet apart from each other), we are just as baffled as anyone else that we don’t constantly want to claw each other’s face off.

We are just as stumped as everyone else, and the only advice we seem to be able to give out are oversimplifications: Love each other? Communicate? Commit?

Most of the time we just attribute our success to the love and grace of God. After all, we’re not convinced that we’re actively doing anything advice-worthy on our part.

But this morning I realized that perhaps we’re not giving ourselves enough credit.

Our marital success thus far has absolutely been an orchestration of God’s grace, guidance, and provision, but we’ve also been actively doing things that we didn’t really realize we were doing. God made that clear to me this morning when I opened up my Bible and read the very verse that's often seen as the bedrock of the institution of marriage:

“The man said, ‘This is now bone of my bones and flesh of my flesh; she shall be called ‘woman,’ for she was taken out of man.’ That is why a man leaves his father and mother and is united to his wife, and they become one flesh” (Genesis 2:23-24).

We often refer to this passage to talk about gender roles in marriage or the importance of sex in marriage, but being united in marriage is so much more than just these two things.

When we married, his home became my home, and the independence I so fiercely tried to hold on to in that first year of marriage slowly faded away from a “me” into a “we.”

My joy, anxiety, and sadness became his and his, mine.

My successes and failures became his and his became mine.

The hard things in life that drive many marriages apart somehow drove us closer together. We were more than just united in flesh--we became one in mind, heart, and purpose, bearing our burdens and walking through them together.

So here's my advice:

No matter what troubles we face in our marriage, we always have a choice to make: we're either in this together or we aren’t.

A wife can either blame and resent her spouse for the financial woes he brought into marriage, or she can make it her's, make a budget, and tackle it together with him.

A husband can either isolate himself in the midst of grief, depression, or anxiety, or he can tell his spouse what he needs and let her help him through it.

When a spouse suddenly loses a job and future becomes unsteady and unknown, the couple can either let the fear and anxiety drive them apart, or they can support their slightly illogical decision to move to another state without a job prospect 100% nailed down and trust that God will provide what you need.

There's no storm that God will give you without also giving you the ability to weather it together. God is for your marriage, not against it.

So reader--whatever you and your spouse are facing today, trust the Lord and face it together. Refocus, make a plan of attack---do whatever you need to do---just make sure that you are not only on the same path, not merely near each other on that path, but walking in the same direction on that path, side by side, hand in hand. We’re all walking blind here, so let the Lord lead you and pull one another along when you need to.

ttaylor
Tiffany Taylor is a Jesus-loving Kansas native living in Colorado and enjoying the view. She and her husband, Seth, have been married for a whopping 3 years. In those 3 years she's used her marital prowess to transform Seth into a cat person and they are now the parents of two furbabies, Thor and Cleocatra. During the week you can find Tiffany on the phone solving every customer service problem under the sun, but during her free time you’ll find her hiking in the mountains, cozying up with a good book, or binge watching the latest Marvel show on Netflix. You can read more from Tiffany on her blog, The Wandering Gent
Recent Posts