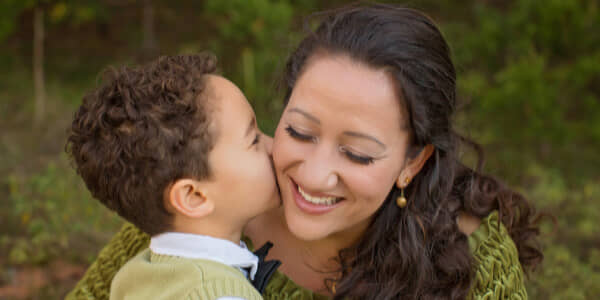 When God called me to pursue a life in ministry, one of the first things I did was call my uncle, Rob.

Rob had been working in ministry for as long as I could remember. He was my youth pastor, then the senior pastor of our church. I watched him mentor and coach so many would-be pastors and hoped he would do the same for me. When he agreed to meet with me, I was thrilled.

However, when we met up for coffee, I was surprised by what he said.

I expected him to tell me about how much my life would change, that I wouldn’t recognize myself in a year from then. I’d become what God planned, what he called me to. The opportunities would roll right in because I was following God’s call, and I would rejoice.

That’s not what I heard.

Instead, Rob told me that in all his time as a pastor and in watching other pastors, there was one common thread in all their stories: waiting. “It seems that as soon as you say yes to God, the first thing that happens is nothing at all,” he told me.

Best Advice = Rest While You Can

I was floored. I didn’t understand. But then Rob gave me the best advice I’ve ever received: rest while you can. He explained that this waiting period shouldn’t be wasted. We should take it as a gift, thanking God for allowing us to rest in his presence. “After the waiting is over, the floodgates will open,” Rob went on. “And you’ll be ready because you took time to relax, and to grow closer to God.”

To be honest, when I left I hoped he was wrong. I wanted action and excitement. I wanted to change the world as I knew it. He was right, though. I spent the next year without a whole lot of action, but I remembered what he said. Rather than feeling down and out, I took time to dwell in God’s presence, to rest, connect with my husband and kids, and to prepare for what was ahead. Then, when the time came and I was handed numerous opportunities, I was ready.

Resting as a Parent

Since then, I’ve often thought of the advice from Rob. In fact, I’ve learned that the same advice could be applied to my life as a parent. I love watching my kids grow and learn, but there are times when it’s easy to feel like you’re in a slump. Either nothing is happening, or the things that are happening aren’t what you hoped for.

It’s hard not to push it when these sort of things happen, to force something or someone to move.

"I love watching my kids grow and learn, but there are times when it’s easy to feel like you’re in a slump."

In these times I think back to Rob’s advice and decide to take it as a gift, to cut myself a break and rest. It won't be long before life pulls you and your kids in a million different directions, school, sports, friends, you name it. Life will get crazy again. And when that happens, you’ll be ready.

rebbekkamessenger
Rebbekka is a mother of two awesome boys and a wife to a super cool teacher. She works in children's, women's and youth ministry, and as a Development Director for Vision for the Children International. Her husband recently took a job in Germany where their family will live for two years. You can follow her blog to read about the ups and downs of moving the family abroad at travelingmessengers.com.
Recent Posts
Comments
pingbacks / trackbacks