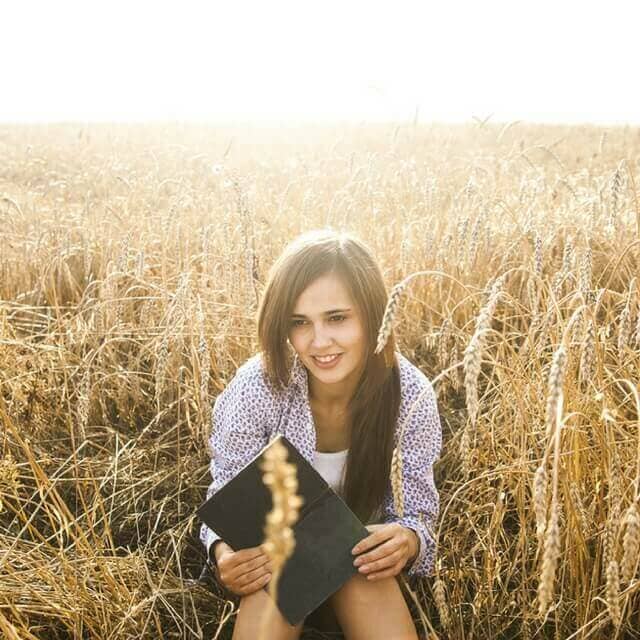 This morning I woke up to the news that there was yet another terrorist attack somewhere in the world. My heart aches for those who were hurt, for the families of the victims, and for the person who thought that doing something so terrible was the right way to go.

On days like this it’s hard not to lock the doors, close the windows, and consider never letting my kids leave home again. It’s also on days like this that I'm reminded of one of my favorite verses, Revelation 6:6:

A few years ago I did a study on the book of Revelation for a class I was taking. Going into it, I was cautious but excited. I’d tried reading the book before, but I didn’t understand the language and imagery on my own, and after reading it I was left feeling scared or confused. I knew it was good because it’s the word of God--I just didn’t get it. After learning more about it, I realized just how much the book applies to our current situation, and the message of the book can be summed up in an unlikely verse.

Revelation 6:6 was always a verse I brushed over. It wasn’t until my professor explained the meaning that I really got it, and it made a world of difference. Here's what he said:

“The words John uses are war terms,” my professor told the class one night. “Often used by military leaders on their way to taking over a city or a new land. One of the first things a group would do when they came to occupy was burn the crops, making barley and wheat really hard to come by, and life a lot harder for those who live there.

“Now, if the leaders were really brutal, they would also go in and burn the vineyards. This would devastate the people. You see, crops are only only gone for a season. Burning them means that life will get hard, but it will get better again relatively quickly. On the other hand, vineyards take twenty plus years to regrow. Burning those meant that the people living there probably needed to move, that things wouldn’t get better for a really long time. It meant that even those who were coming in to take over weren’t going to live there. It was devastating.”

In those terms, what God is telling us in this scripture is that things are going to get hard, but only for a season. This is a theme that's sprinkled throughout the Bible. In times like this, I find that little bit of hope encouraging. When the stories on the news reveal that hard times are upon us, we can take heart in knowing that it is only for a season. God intends to make everything right, and in the meantime he’s holding us close, giving us these little encouragements through his word.

An unlikely favorite verse and what it means for us in the midst of terrorism2016-08-252016-08-25https://2df6ifl6qf726uflde5e28ya-wpengine.netdna-ssl.com/wp-content/uploads/2019/06/group-lifetree-new-logo.pngMyLifetreehttps://2df6ifl6qf726uflde5e28ya-wpengine.netdna-ssl.com/wp-content/uploads/2016/08/an-unlikely-favorite-verse-and-what-it-means-for-us-in-the-midst-of-terrorism-2-1.jpg200px200px