The power of sharing our story 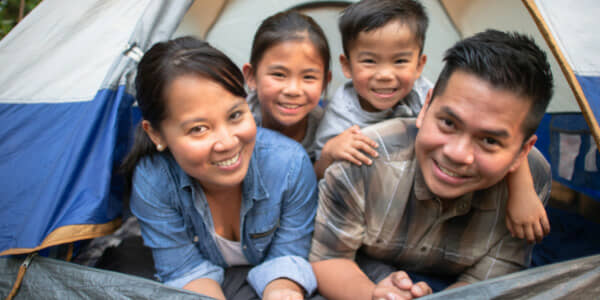 Nothing says summer to me like the smell of campfire, roasting marshmallows for s'mores, and telling stories. Whether you’re in the back yard or deep in the woods with the stars overhead and trees at your back, it’s often in these moments that you find yourself reminiscing, sharing your life with the people around you, and it’s often in this moments that I think of the apostles. That might sound a little strange, but go with me for a moment.

One of the things I love the most about the book of Acts is the way the apostles share Jesus with other people. At times they use scriptural references and things like that, but most of the time they simply tell their stories. They share their own history and talk about what they’ve been through and seen, and that’s enough to make people around them stop and wonder about Jesus. A prime example of this is the Apostle Paul. Starting in Acts 22, Paul is delivered to the authorities who are responsible for charging him and punishing him, but Paul shares his story with them, revealing truths about himself that wind up saving him (for the moment). From there Paul continues to go from authority to authority, telling everyone about who he was before Christ and who he became. In doing so, he shared the love of Jesus with everyone and saw many people, even authorities, come to faith.

Reading about Paul, I learned that sometimes the most powerful thing we can say is our own story. Each person was given their story for a reason. Paul’s story helped him reach the high authorities. The apostles’ stories reached into the hearts of new believers, and many others who were touched by Christ found power in their stories.  Even still, we can use our stories to reach out to the people around us.

The truth is, as my friend David put it, “You might think that no one on earth could ever relate to your story, but that’s not true.” There's someone out there, maybe even very close to you, that's dying to hear your story, to know how you came to be a believer. They need to know that they aren’t alone, that other people have felt like they feel, questioned what they question, and hoped for what they hope for.

You and I can help them with that.

In 2nd Corinthians 3:2-3 Paul urges believers to share their stories, writing, “You yourselves are our letter of recommendation, written on our hearts, to one known and read by all. And you show that you are a letter from Christ delivered by us, written not with ink, but with the Spirit of the living God, not on tablets of stone but on tablets of human hearts.” In a time when letters meant so much to the church, when written words and testimonies were being sent from place to place to instruct, encourage and bring people together, Paul wrote that your story is important. It's meant to be shared so that others can see the work of God in you, and they can in turn begin to see the work of God in themselves.

Summertime is the perfect time to invite people over, to light a fire, and to talk while the orange glow of the flames light everything around you. If you’ve been wanting to share your faith with someone, know that you don’t need extravagant words; God has already provided you with a story that will reveal who he is. All you need to do it tell it. Light the fire, bring out the marshmallows, and tell some campfire stories.