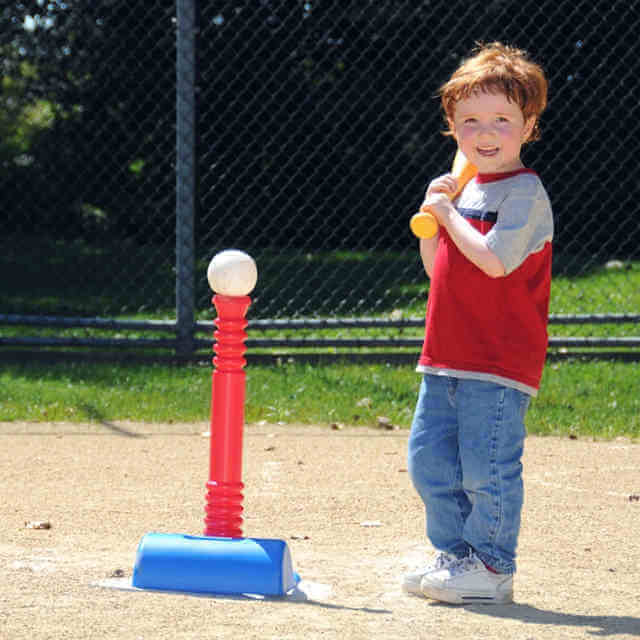 I'd like to think that tee-ball started off as a good idea.

In reality, tee-ball is a one-hour exercise in paying attention. I'll get to that in a moment.

But let's first put ourselves into the conversation of the people who invented it.

"So, we apparently have a bunch of kids who can't sit still when their older siblings are playing baseball. Let's give them their own game."

"That's the beauty of it - it won't work. Instead of playing anything resembling a real game, we'll send half of them out onto a dusty, sandy field to stand around while the other half wait on one kid to hit a ball. Most of the fielders will either end up rolling around in the sand, or - better yet - scooping the sand up to dump onto each other's heads."

"What about the kids waiting to bat?"

"We'll sit them on a bench, as if we presume they'll actually stay there. Most will end up climbing the fence... or twirling."

"Brilliant. Will there be outfielders?"

"We could call them that, but really they'll just look cute while picking grass."

"Outstanding! How will we sell this to parents?"

"Everyone gets a trophy."

"Wait, won't they see through that?"

"Not at all. We'll create a snack schedule and instruct parents to bring something 'healthy.' They'll be so consumed with whether or not their snack will offend vegans or organics that they won't stop to consider the chaos."

"Hang on, hang on. What if someone does speak up?"

I know, I know. Someone out there is a passionate tee-ball fan. Go for it. Put me in place. Sign me up for snack duty.

In the meantime, can I get a witness?

(I just gave away my athletic prowess right there when I said "sports-thing," didn't I?) 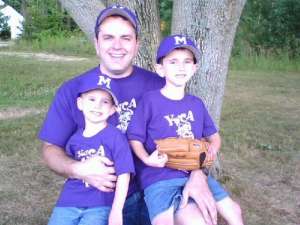 I coached my boys in tee-ball when they were younger. And by "coach," I mean I was the adult on the field that all the other adults laughed at while I tried to wrangle up kids wearing the same shirt.

My wife also got involved in accessorizing. For example, my daughter is playing tee-ball this season and you'd better believe that her bright orange shirt is complemented by some bright orange socks.

And maybe that's the only real upside to tee-ball: It promises a "guaranteed win" for us and our kids.

That said, I totally reject the rules of tee-ball for real life, and especially for parenting. For instance: 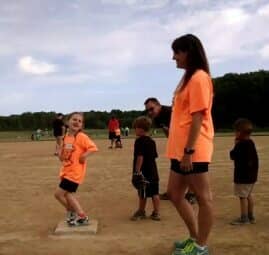 At her most recent tee-ball game, my five-year old daughter landed on first base and winked at us. She then looked at each member of the family, called us out by name, and demanded, "Cheer for me! Cheer for me!"

You'd better believe we did.

Perhaps tee-ball really is nothing more than a one-hour exercise for everyone in paying attention.

Then again, maybe we need an exercise in paying attention.

Even if there's nothing really competitive to watch, simply by showing up and sitting in a lawn chair we make our kids feel like they really are in the World Series. We just might feel a little bit of it ourselves, too.

So... pay attention. Be present.

And when it comes time for snack duty, don't forget that some family on your team would prefer hummus over sugar, if not vice-versa.

Have you ever felt like you've learned something about your kid, yourself, or your parenting simply by sitting on the sidelines? We'd love to hear your story.