What this story taught me about letting my kids mess up 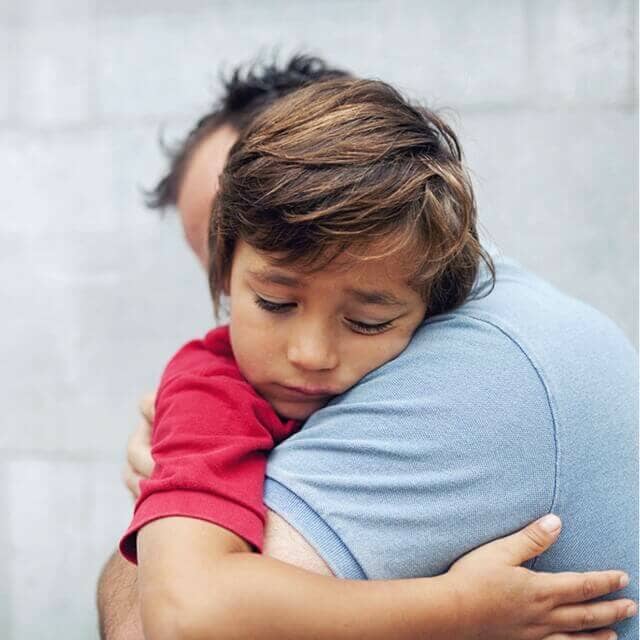 Last year I started a project. Wanting to know more about faith (specifically why a relationship with God is important in today’s world), I interviewed a lot of interesting people from all over the world. One of the interviews was with a man named Daniel. Drawn to him by his impressive resume, I hoped he would tell me all about faith in business.

I had no idea that I was about learn a huge lesson in leading my kids in faith.

Daniel was born in India and raised in a Christian home. His father, who had come to faith as a young adult and saw profound life changes as a result, wanted nothing more than to raise his kids to know God’s love. He took them to church, prayed for them, but it wasn’t enough--at least not at first.

“I was a huge hypocrite,” Daniel told me when I asked about his early faith. “I played in the band on Sunday. I went to youth group. But I didn’t live the rest of my life the way I lived in church.”

His dad’s efforts seemed wasted. But why? What happened?

I asked him to elaborate, and he agreed. “But first let me explain something to you,” he said. “In India, a child’s performance in school means everything. The student suicide rate is high. In fact, many parents commit suicide if their kids don’t do well in school.”

“Even when they’re younger?”

He explained, “When kids are younger, their grades determine which schools they will get into for high school. If they get into the wrong one, they won’t go as far. So they have to strive to get into the best so they can go to college and preserve their family legacy.”

“That’s intense” I noted. “It must have been hard on you.”

It was. With pressure mounting, Daniel crumbled. “I became a bully in school--a popular person who was known for bad language, making inappropriate jokes, and being super rebellious. And yet in the church I acted a different way--the way that was expected.”

Daniel lived on the edge of two worlds, but it wouldn’t last. “One day I brought home a report card that stated I was failing. I didn’t want my parents to see it. I knew that I would get punished. I deserved to be beaten--that was what happened to kids who did what I did.”

I wasn’t sure I wanted to hear what happened next.

Daniel continued, describing a period of waiting alone in his room before his father joined him. “I tensed, but my father--he didn’t give me what I deserved. Instead, he spoke love into me. What the world and other families might have judged as a dumb child who had destroyed everything, my father reminded me that I was always his son, and that whatever happened, we would always be family. And he would always love me. That was my first understanding of grace.”

Though he was disappointed, his father’s heart had been changed because of his faith. He knew grace because Jesus extended it to him first.

“I’ve never been the same after that,” Daniel said. “It was that moment that changed my entire life. We moved shortly after to another country where I got the chance to start fresh. I brought home good grades, made friends, and my faith grew stronger.”

Daniel’s entire life changed that day because he experienced grace from his parent.

Today he hosts a radio talk-show and runs an organization that equips business owners all over the world.  Grace changed him. Daniel concluded the interview, stating, “We live in a world of justice. If you’ve done something wrong, you will get what’s coming to you. Jesus offers us something different.”

Daniel’s first real experience with grace was so simple yet so profound, and it got me thinking about how I lead my own kids in faith. I can relate to Daniel’s dad. I want my kids to know Jesus, but after talking with Daniel something clicked. In order to do that, I need to allow them to make mistakes so that they can experience grace. It’s hard, and it’s always been a struggle of mine, but sometimes the greatest lessons we learn don’t come from a controlled setting, they come when life gets messy.

Since then I’ve tried to make room for two things:

I want them to know what should happen versus what will happen because the Father’s love is bigger than their biggest mistakes.

rebbekkamessenger
Rebbekka is a mother of two awesome boys and a wife to a super cool teacher. She works in children's, women's and youth ministry, and as a Development Director for Vision for the Children International. Her husband recently took a job in Germany where their family will live for two years. You can follow her blog to read about the ups and downs of moving the family abroad at travelingmessengers.com.
Recent Posts
Comments