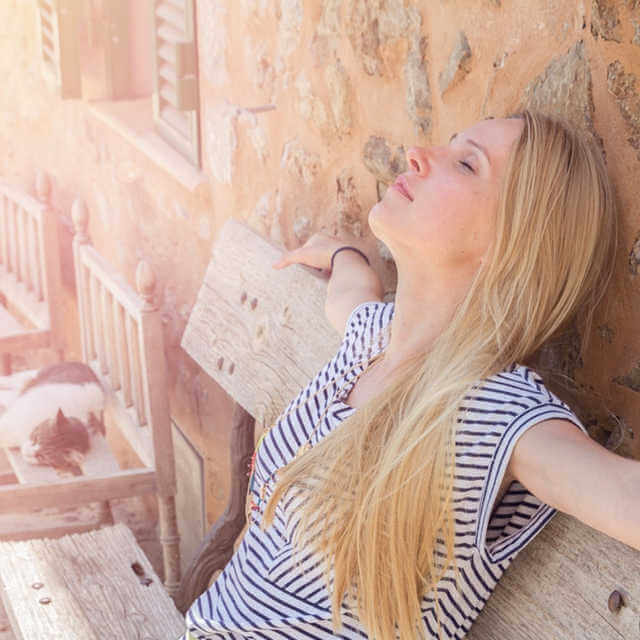 My day started out just like the ones before it.

I got up with the alarm clock, started the coffee maker, and hopped in the shower. After that, I started my to-do list for the day. I needed to get some homework done, go to the grocery store…

...and then it happened. That nagging voice, the one that never seems to let go of the past hurt and hangups, sprung to life.

“Hey remember that time.…” it said. “Remember what that person said to you…." "Remember how much it hurt.…”

It seems that no matter how hard I try, there are certain memories that just won’t let me go, thoughts that have taken me hostage on several occasions. I don’t want them. I don’t need them.

So why does my mind continue to replay them over and over again?

The truth is, I’ve learned that none of us are immune to this. We all battle the same battle against negative thoughts and feelings from time to time. No matter how many times we’ve forgiven others or ourselves, there's a sneaky enemy out there who wants to speak hurt into our hearts--who wants us to feel threatened, guilty, sad, or unworthy.

Even the apostles were not immune to this. Most of them, at one point or another (sometimes at more than one point) expressed their frustration with past hangups. Paul probably has the market cornered on this with Peter coming in at a close second. Both of these men began their careers in ministry by denying Jesus. And both dealt with their feelings of guilt in the same way: they prayed, they released the guilt, and they repeated the process whenever necessary.

As followers of Christ, we can do the same thing.

I’m convinced that Jesus does not want us walking around carrying our past hurts along with us.

In fact, Jesus told his followers that he came to save the world, to redeem those who give their lives to him, and to set people free. And in order to receive this gift from the Father, all we have to do is pray and allow Jesus to remove the burden. Of course, being human means we’ll most likely have to do it several times over the course of our lives. The enemy knows just what to do and just what to say to hurt us, but thankfully Jesus knows just what to do to make it all better.