It's Okay For Your Kids To Be Ordinary 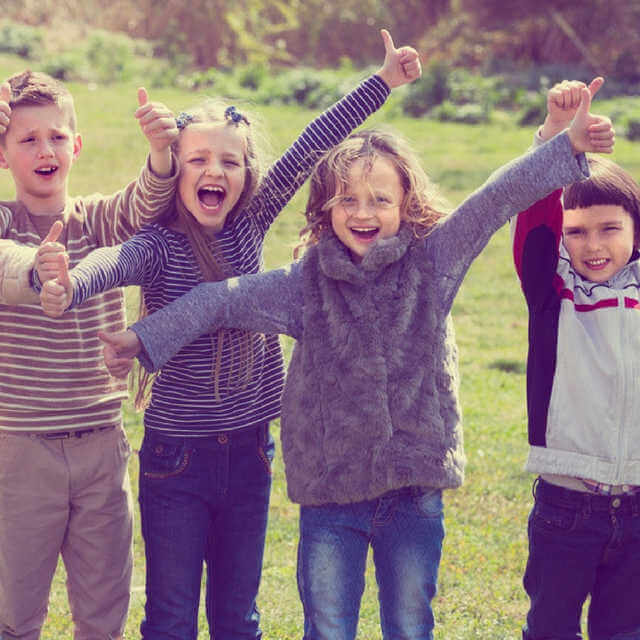 Remember growing up when we all took Flintstone vitamins?

(Maybe you didn't. You really missed out. They were yabba-dabba-delicious.)

Apparently many of us did take these gloriously colorful, chewable pills. We were 10 million strong...and growing.

In certain households (like mine growing up) you could even score a yabba-dabba-double-doozy of chewing on a couple of Flintstone vitamins right before downing a huge bowl of Fruit Pebbles bathed in whole milk.

Can we just pause and appreciate how much easier hands-off parenting was back then?

I'm not saying it was better or healthier, but back then a parent could actually say, "My kid's doctor told me these vitamins work, so I figure I'll just toss them into what Post cereal says is 'part of a balanced breakfast.'"

Of course, all of that's changed now.

Gone are the days when we can just give our kids whatever the average pediatrician has recommended. We now live in a era of specialists who will tell us that they know better because our pediatricians "aren't up on the latest research."

So instead of Flintstones-vitamin parenting, we're prompted to comb the aisles looking for the perfect vitamin with the perfect blend of fish oil, DHA, and anything else popular right now.

Just like we look for the perfect coach, team, church, teacher, tutor and more to produce a better transcript that leads to a better school. We have to make sure our kids are stronger, faster, taller and smarter than their peers or they'll never have a decent career, marry a decent spouse, and raise decent kids.

It's a scary world out there, so maybe we figure "Straight-A parenting" will guarantee our kids a straight-A in every area of life.

Then again, who among us is a Straight-A parent?

You know you feel burned out just trying?

Imagine how our kids feel trying to keep up.

What if instead of us focusing on what we want our kids to do when they grow up, we focused on who we hope they'll become?

Call me a bad parent, but I'll pass on my kids getting the next trophy or line item for their future college application so they can instead take part in things that make them more rooted.

It's okay for your kids to be ordinary... especially if Someone extraordinary is given the space to work in their lives.

I like how Acts 4:13 records how a couple of Jesus' disciples were under fire from the sharpest minds around. This forum of imposing intellectuals couldn't come up with a single argument against such "ordinary" individuals:

When they saw the courage of Peter and John and realized that they were unschooled, ordinary men, they were astonished and they took note that these men had been with Jesus.

Please note the reason why these two ordinary men could stand: They were rooted. They had been with Jesus.

What if God isn't asking you to be a mover and a shaker as a parent?

What if God isn't asking your kids to be movers and shakers?

If you and I make space for our families to be ordinary together with Jesus, then I'm pretty sure he's going to do something extraordinary in them regardless of whatever they end up doing in life.

Maybe this feels like a Stone Age idea, but I'm in.