How to stick it out even when we're hurt by others: lessons from a missionary 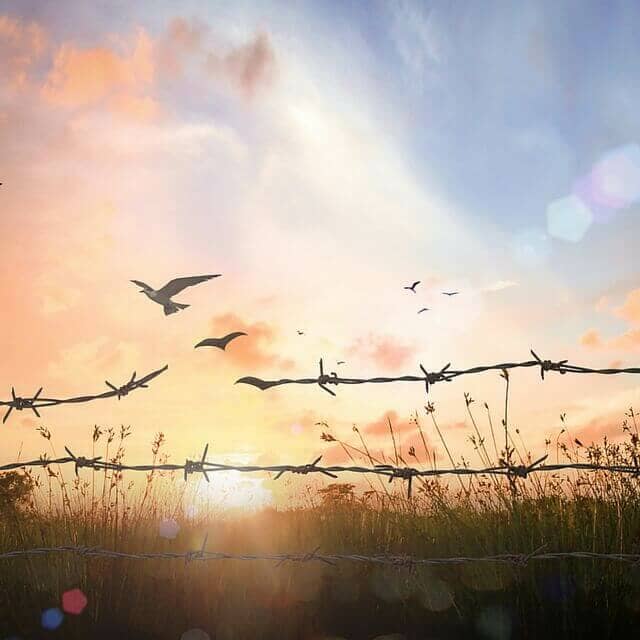 In the 1940’s, Jean Dye Johnson traveled to Bolivia along with her husband and nine others in hopes of reaching the Ayore tribe, a group known for being savage and merciless. Upon arrival, the missionaries were warned by locals to stay away. They heard stories of previous attempts to reach the tribe that ended in bloodshed. They weren’t deterred. God had called them to that spot, and they were not turning around. They planned, prayed, and on a day that started just like the ones before it, Jean’s husband and four other men ventured out with the intention of making friendly contact.

They never came back.

Years later I heard this story from my grandmother who’d joined Jean on the mission field after the men went missing. Jean had told my grandmother about the horrors of waiting and wondering if the men were being held hostage or worse. Jean prayed and searched the area for a while. Then, when it seemed the missing men weren’t going to return on their own, Jean had a choice to make: to stay in Bolivia or return to America.

After several weeks of searching with no luck, Jean was approached by a member of the Ayore tribe who mistook her for someone else. She was invited to come into the village, and soon realized that her husband and the others weren’t there. No one had to spell it out for her, she just knew. The men were dead.

>> Related: get even more centered on Jesus

Though it was difficult, Jean and the other missionaries began working with the tribe, teaching them about Jesus and doing what they could to serve them despite their worst fears. Eventually Jean came face-to-face with the hunters who’d killed her husband. They told her what happened and showed her the burial site.

It was then that a couple of things happened. First, the hunters came face to face with regret, something most of them hadn’t experienced. They were seasoned in combat and their culture had taught them to feel proud of what they’d done. This time was different. Having the opportunity to come into contact with Jean, they saw the repercussions of their actions in her. Something new stirred inside them.

The second thing they experienced was grace. Encouraged by the belief that she would one day see her husband again, and determined to make his death mean something, Jean didn’t let the truth deter her from working vigilantly, pouring out even more love and allowing them to see how great God is. As a result, several of the hunters and most of the other tribe members decided to follow Jesus. The entire tribe was captivated and astonished by this God who not only forgave them, but gave Jean the strength, passion and grace to continue serving.

>> Related: three weeks that will transform your life by transforming your focus

In the end, many members of the tribe reported that they came to faith simply because Jean stayed.

How to stick it out even when we're hurt by others

I’ve often thought of this story as an adult. I can imagine how different it could have turned out if Jean left, or if she allowed her grief to determine how she treated the tribe. Rather than seeing God’s grace in action and being changed by it, they would have been met with resentment.

Though it’s not as extreme, there have been plenty of times that I’ve been hurt by others, and it’s in those times that I think about Jean and I remember a few things.

First, sometimes people don’t realize what they’re doing is hurtful. Like the hunters of the tribe, the culture around us leads us to certain actions, some good and some not-so-good, and it’s possible that they didn’t know they were hurting me.

Second, responding with grace rather than anger can change hearts. In the Gospels Jesus talks about going the extra mile for those who treat you unfairly. Knowing that people are moved more by love than by anger, Jesus showed us just how to respond in these sorts of situations.

Third, people are always watching. The entire Ayore tribe was witness to God’s forgiveness when Jean extended it to the hunters and they were so moved, they wanted to know more about Jesus.

God has called each of us to be missionaries, to show others what it means to love, serve and forgive even when it’s hard. When we do, we can see amazing things happen.