God Before Us: A Lesson in Trusting God 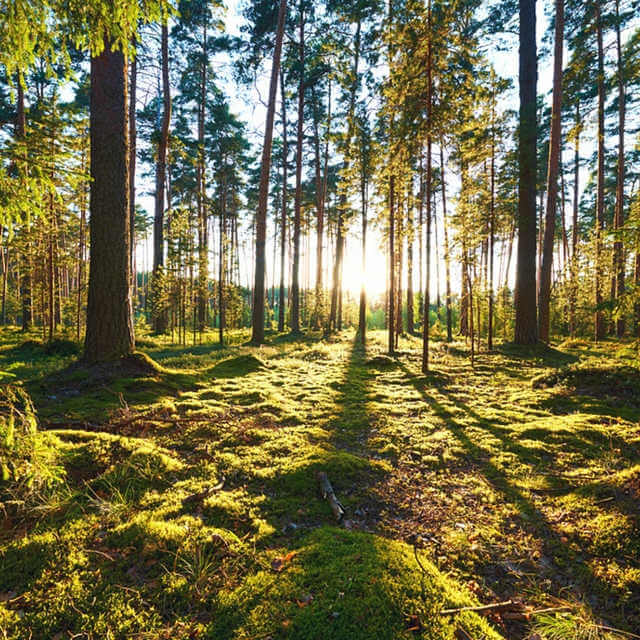 I can still remember how fast my heart was racing when Kat walked into the room. I’d known this tall, blonde business woman for about a year. I knew that she was kind and outgoing, and that she wasn’t the slightest bit interested in faith. She’d made it a point on several coffee dates to tell me that in her mind, faith was foolish. I also knew that she’d been going through some really tough times. Her professional and personal life seemed to be coming unhinged right before her eyes, and I wanted to help. I prayed and asked God for the courage to share my faith with Kat, then I asked her if she’d like to get together.

Before our meeting I rehearsed what I would say, already anticipating her responses, but when the moment came I froze. I’d grown to respect and like my new friend, and I feared that sharing my faith would drive a wedge between us, that she’d start to see me as one of those pushy Christians instead of a trusted confidant. We chatted, sipped our coffee and left without a single word about faith, and I felt terrible. She left the same way she came—without a lot of hope. And I had the thing that I knew would give it to her, but I’d let my fear of being rejected get in the way of sharing.

In the days that followed I prayed even more, and not just for myself like I had before, but for Kat. I asked God to reach out to her, if not through me then by some other means. I hoped that she would encounter God in such a powerful way that she would feel hopeful again, that she would know God’s love for her.

Several weeks later I found myself sitting across from her once again, waiting to hear that my prayers for her had been answered. But I didn’t hear that. Life, it seemed, was at a standstill. She was stuck in this tough place, ready to try something, anything, new that would break her free from her present situation. As I sat listening to her, something inside of me stirred. Gently, I reached across the table, took hold of her hand and asked a simple question.

“Have you considered asking God for help?”

Her eyes welled up. “Actually, I have.”

“Really?” I sat back in shock.

“It’s funny that you’re asking.” She wiped her cheeks dry. “I just started to think about God this morning. It’s been years since I’ve considered faith, but today I feel…different.”

The rest of our conversation was geared toward faith and how God sheds so much light in the darkness. Not long after that day Kat came to church. She sat nervously by my side but listened intently. Then she came again the following week, and the week after, and now, years later, she continues to pursue God. And in all of this, I learned a lesson that would change the way I thought about these conversations.

In Joshua 1:9, God tells his people not to fear because he’ll be with them wherever they go, and in Deuteronomy 31:8, God says that he goes before his people, paving the way for them. The truth is, we don’t have to be afraid because God is going with us and before us into every place he calls us to. If he has given us a vision or desire to reach out to others in faith, chances are he’s already working in their heart.

I’ve kept this lesson in mind every time I’m tempted to feel nervous about sharing my faith with others, and though rejections have happened, they don’t sting quite so much when you know that God is working, not just beside you, but ahead of you.

rebbekkamessenger
Rebbekka is a mother of two awesome boys and a wife to a super cool teacher. She works in children's, women's and youth ministry, and as a Development Director for Vision for the Children International. Her husband recently took a job in Germany where their family will live for two years. You can follow her blog to read about the ups and downs of moving the family abroad at travelingmessengers.com.
Recent Posts
Showing 2 comments