3 Tips for Fighting Fair in Marriage 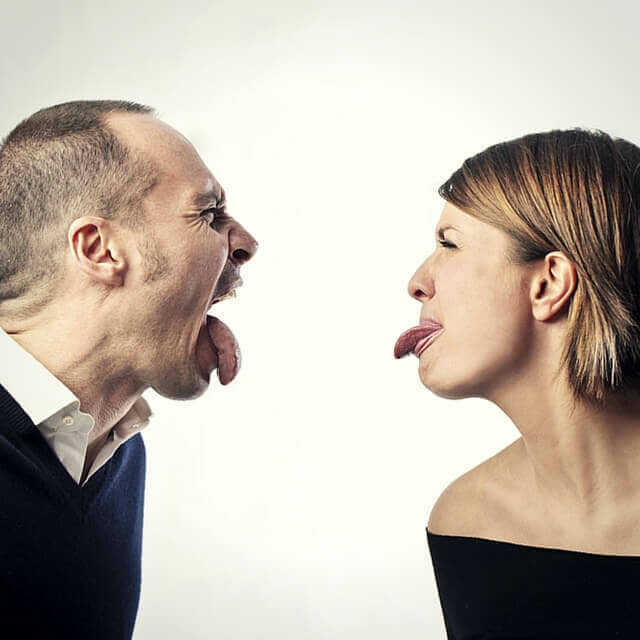 My husband took a pillow to sleep on the couch while I curled into a ball in our bed. Hot tears stung my cheeks and anger surged through my veins. He was not being fair!

Has anyone else had a scenario like this in their own marriage? It starts with a silly quip or snarky comment based in a deeper issue. You say something about the house being a mess when really you mean, "If you were working less and home more than I would have some help." Before you know it, the jab is placed. The other side is wounded and defenses arise.

Weapons of accusations are whipped out.

Each of you retreat to your corner, divided and alone.

Marriage is work and we are told it is about compromise. Yet I think that conjures an unrealistic picture of two people meeting in the middle. I would say marriage is more a picture of me walking all the way to my spouse while at the same time he is walking all the way to me. Problems arise when one or the other stops moving, sits down, digs in, and proclaims "I am staying here."

So how do we navigate these tense times in our marriage? Here are some ideas.

3 Tips for Fighting Fair in Marriage

Tip 1: Get to the root of the issue

What's really going on? Is your frustration truly in the moment or is it something more? Be aware of feelings of resentment, bitterness and just plain hurt that you may have let fester. We push them aside over and again because the timing isn’t right or we believe we should get over it. Before we know it, the volcano erupts. Sometimes I think I blindside my poor husband. He believes we are arguing about the brand of toilet paper when I will blurt out, "You just don't care!" He thinks we are dealing with one issue when I am really dealing with another. That's when I have to tell him that there is more to this than meets the eye. He has to tell me when for him it's just about toilet paper.

Try to avoid those stabs that put the other side on the defensive. Stay away from words like, "always." Use statements that help your spouse know how you feel. Ask the other side to repeat back what they heard you say. Often times my husband will make a statement in a heated argument that I don't really believe. For example, he might say, "For me this is just about the toilet paper." What I HEAR is, "You never get it right." That isn't his fault, it's mine. As we "play fair" in the difficult times, trust is built. I have learned that being mean, while it might honestly make me feel a little better in the moment, is not helpful. It actually makes it worse.

As I laid in bed that night I knew I wouldn't be able to sleep so angry. Sometimes every conversation doesn't end perfectly, but we have purposed as a couple to come to some sort of resolve before sleep. There’s a reason why Ephesians 4:26-27 reads, "And don’t sin by letting anger control you. Don’t let the sun go down while you are still angry, for anger gives a foothold to the devil." The first time we go to bed angry might be alright. We might get up and move on with things. However, there is a chance that when we bury it, the anger goes unresolved. The next time we are angry that cycle of numbness and "Why bother?" starts to take over. The Lord wants unity. Going to bed angry allows our thoughts to fester and disintegrate into destruction.

I wish I could say I will never argue with my husband again. Unfortunately, for one reason or another it will happen. I can handle it differently, though. I can watch my words and I can remember that my spouse in not the enemy. He is on my side, really. Satan is looking to divide and conquer. He is looking to see if he can devour me, my husband, and our marriage as a whole. I must remember that doing isn't nearly as important as "being." I can remember that being "selfless" means just that: I keep walking to meet my spouse’s needs while putting my own aside. I can make unity a priority and so will he.

Leneita Fix
Leneita fell in love with Jesus, then her husband John and children came along pretty quickly. This means their kids are 12, 13, 15 & 21. They have a highly imperfect life living in an inner city neighborhood doing something called “ministry” which means basically helping other families succeed in knowing what it means to belong to Christ. Leneita also gets to do other things she loves like write, snorkel, hang out with her family, drink Starbucks, tell others what Christ’s love is like, speak at conferences and live in a state where most people take vacations.
Recent Posts
Comments
pingbacks / trackbacks