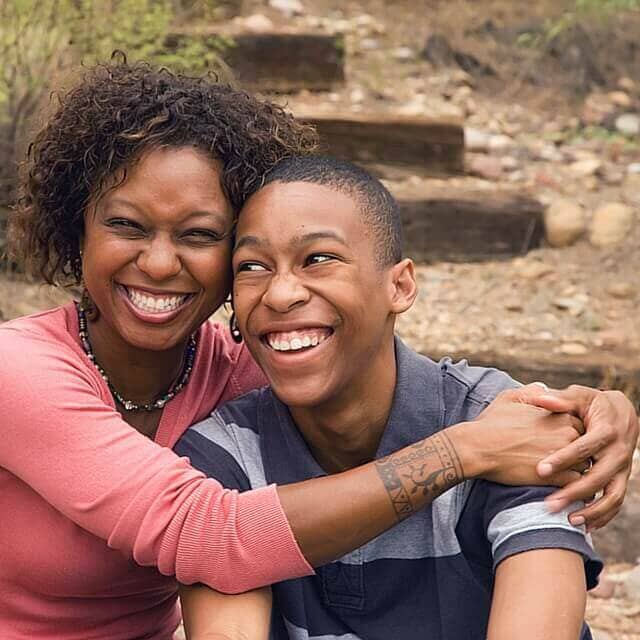 I'm writing a letter to all those montage commercials where the kid grows up in thirty seconds and the parent is a blubbering mess at the end.

This is what my letter would say: "Psst, stop it."

It's not that we shouldn't enjoy those commercials. I can actually relate to many of the highs and lows that some of the commercials offer.

I'm just not sure we should fast-forward ahead through all those tough moments like they do in the commercials.

There's as much life in the awkwardness as there is in the celebration at the end.

Here's the non-commercial reality: we're likely all working through something awkward with our kids.

You can't speed through it with a montage.

You won't know how it'll all turn out.

But you can discern your next step and be courageous to take it.

Life is a big story that's lived out in chapters, not short clips.

Certain chapters of parenting feel more difficult than others. Some families deal with kids who seem outright nasty on purpose, but all of us have children who are trying to become individuals. This requires them pushing back on everything, including components of how we've raised them.

We'll likely feel hurt but it - until a future chapter initiates something more mature. For instance, I made a vow when I was sixteen-years old that I'd never shovel my driveway as an adult. It sounded reasonable to me even though it was frustrating to my mom. I explained, "There's no point in shoveling snow since it will melt and we can drive over it anyway."

Of course, it was really about me rebelling against a chore I didn't want to do. I defiantly held onto this "rule" for years into adulthood, even talking my wife into buying a Jeep so I could scale over the snow drifts in our driveway more easily. Eventually Michigan winters had their final say (as did my wife) and a new chapter began with me humbly buying a snow shovel... and calling up my mom to apologize.

Doesn't adulthood sometimes feel like you're doing all of the work around the house that you avoided doing as a kid?

That leads to the next action step.

Action step: Fight for the heart and not for the rule.

A line from one of my favorite worship songs says of God, "He is jealous for me, loves like a hurricane, I am a tree, bending beneath the weight of His love and mercy."

That's a great example for us in how we parent: our kids need to feel our passion for them if they're to respect the rules we've set up for them. This allows for conversation even when there's disagreement because everything stems from a relationship.

But if we value the rules without the relationship, we encourage rebellion.

As odd as this may sound, sometimes kids reject everything we've said because they want to have a relationship with who we are.

Because they do see who we are, flaws and all.

My Dad is a Liar - Emotional Commercial

We spend most days looking for a breakthrough in multiple areas of life, including parenting.

Navigating through all those highs and lows does really make us a mess. Some of our choices in life are harder to bounce back from than others. At times our imperfections will overflow into our kids.

And that brings us back to where we started:

What if embracing the awkwardness (instead of fast-forwarding through it) is where life happens?

Maybe we don't need to write a letter to the people behind all those commercials.

Maybe we just need to spend the next 30 seconds of our lives loving on our kids, faults and all.

How are you embracing the awkwardness?