When a diagnosis doesn't define our kids 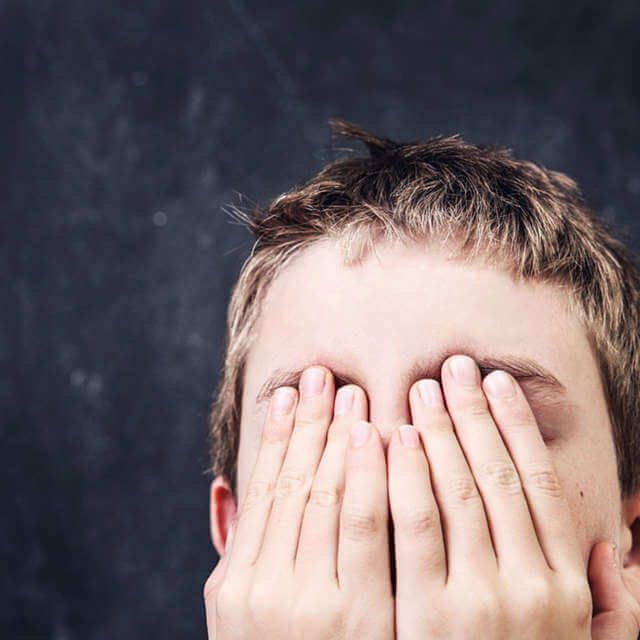 My feet bounced under my chair, my mind raced, and my jaw hurt from chewing my lip. I was nervous and anxious waiting for test results...but not my own. The results were from a test my son, Dylan, took that would reveal whether or not he had learning disabilities. After years of struggling in school, getting tutors and extra help, after endless summers spent playing catch-up, we were finally about to find out what was going on behind his beautiful green eyes.

A large part of me hoped to find out that everything was okay, that he was just fine. But part of me hoped that the tests would reveal something, anything, so that we could act, get the help we needed, and move past all the questioning. The first scenario would mean that nothing changes, the second would change everything.

We got the second. We learned that our son has dyslexia and dyscalculia, and as much as I tried to listen to what the doctor said after those two words, I couldn’t. I thought of all the potential signs I should have seen before. I wondered how I could have missed something like this. It felt so big, so blatant, and I felt guilty. I’d been pushing him all these years--giving him extra work when what he needed was a break. I blinked back tears, took a deep breath, and prepared myself to listen some more.

Suddenly, in that moment, what I heard wasn’t from the doctor.

God spoke into my heart…

“I made Dylan in my image to reveal my glory, and no diagnosis can change that.”

In that fraction of a second my thoughts cleared. My tears fell, but they weren’t tears of grief and guilt anymore--they were tears of relief. It’s always been easy for me to look at the things I’m going through and know that God is using these challenges to strengthen me, but it’s much harder to say the same about my kids. However, in that moment I began thinking of how my son could reveal God’s glory through this diagnosis rather than despite it. I imagined him learning and growing stronger than he would have without this. The road ahead will be tough, but together we will become stronger.

That night, and every night after, I’ve prayed for three things for my son:

Three prayers I'm praying for my son with learning disabilities

As I write this, I know I’m not alone. There are so many parents who’ve sat on the other side of the doctor’s desk and heard that their child has a disability. These parents have already been treading these waters, and there are parents who are waiting still to find answers. Either way, if you’ve gone through or are currently going through something similar, I would encourage you to seek God’s voice, to let Him speak the truth into your heart that your child was made in His image and will reveal His glory not despite but through whatever they are diagnosed with. It was that simple truth that set my mind free, and I know it can do the same for you.

rebbekkamessenger
Rebbekka is a mother of two awesome boys and a wife to a super cool teacher. She works in children's, women's and youth ministry, and as a Development Director for Vision for the Children International. Her husband recently took a job in Germany where their family will live for two years. You can follow her blog to read about the ups and downs of moving the family abroad at travelingmessengers.com.
Recommended Posts