I've been working on a list of things I want to teach my kids about marriage.

For example, you should only marry someone who can understand what you're saying while you brush your teeth.

And you want to be in a lifelong relationship with someone who gets this conversation:

"Are you going to the gym this week?"

"I can't. I'm still working on my playlist for it."

Of course, there are also much larger values to consider when choosing someone to marry. That's why I took my 5-year-old daughter and my wife out on a date.

We went to a local presentation of Cinderella. You know the story, right? A prince falls for a young woman who pretty much wears sacks and talks to animals - except the one night when she isn't who she is. Wait, is that it? I'm confused. Anyway, it was Cinderella. 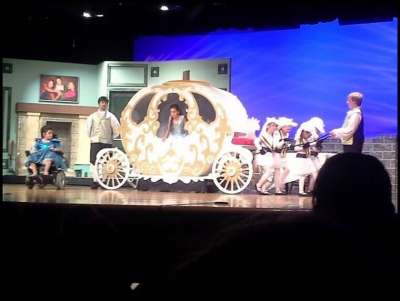 As we were heading out the door, I would have expected that my princess would have been feeling rather feminine about it. 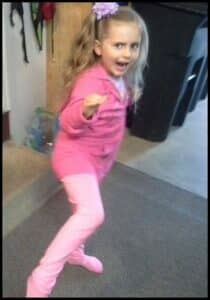 "Can the pirate ninja come, too?" she asked in her most gruff voice.

"Of course," I replied. "I don't have a ticket for the pirate ninja, though."

"Pirate ninjas don't need tickets. We go wherever we want and no one notices us."

"Sounds great," I concluded. "I do need to talk with Johanna for a moment."

Her demeanor quickly changed. "Sure, Daddy. What is it?"

"Since this is a date, I'd like to open up the doors for you and mom tonight. Will you let me do that for you? It's sort of like... good manners that you want to see in someone you'd be on a date with."

"Sure!" she replied. I accordingly ushered both of my ladies into the van and we were off to the play. In order to get a good seat, we arrived early. That meant we had some time before the show. In such moments, taking a picture seems to make sense. I snapped a great one of my ladies. 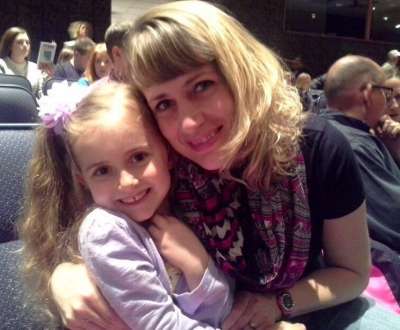 Of course, that only took about a minute.

"How about we play a game?" I offered.

"Okay, but why?" my daughter asked.

"Well, part of being on a date is just enjoying being around each other. Sometimes that means just relaxing, and other times it means doing something silly together. How about 'I Spy'?"

We played several rounds, and eventually the play began. 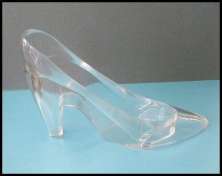 During intermission I slipped out to get a snack they could share. I happened to notice they were also selling small plastic Cinderella-like slippers for a dollar. I bought one and pocketed it for later.

Meanwhile, the play resumed. During one particular moment near the end, the Prince was trying to tell Cinderella that he didn't care where she came from because he wanted to become truly close to her.

"He's telling her that he likes her no matter what," I replied.

She paused. "Sort of like how you love me no matter what."

She paused again. "And you like me no matter what, too."

I smiled. I've often told her in the past, "I may not like what you do, but I'll always love who you are." This felt like she was close enough to the center of that statement. Besides, the play was just about over. When Cinderella and the Prince finally came together in the end, he swooped her up and carried her off stage to be his bride. That's when I handed my daughter the slipper and said, "You're my princess."

Well, for a moment... and then she really, really had to go to the bathroom. I've already written at length to the man who will marry my daughter. Something tells me between this date, others I've taken her on in the past, and future ones ahead of us, my daughter's going to learn how a man should treat her:

...that she's worth being respected and loved.

I hope that somewhere along the way she picks up on how she's God's princess and He has a plan for her love life that's even better than mine. His dating ethics for 5-year-olds is pure and life-giving.

What have been some of your hurdles and victories in teaching your kids what healthy relationships look like? Any fun stories?

Tony Myles
Tony Myles is a real guy with a real family following a real God. His most recent book If... What If was co-written with his son to help families journey through the Bible and life together. Tony and his bride Katie have been married and honeymooning for a whole lot of years. These days they're parenting their kids through college, high school and elementary school. Depending upon when you bump into him, you can find Tony serving families and students at Riverside Church, writing a book or newspaper column, hanging out with teenagers or sitting across the table from someone needing perspective. If it’s a really good day, you just might find him sipping on a fruit smoothie.
Recommended Posts
Comments