Jesus is not one of us: a challenge this political season 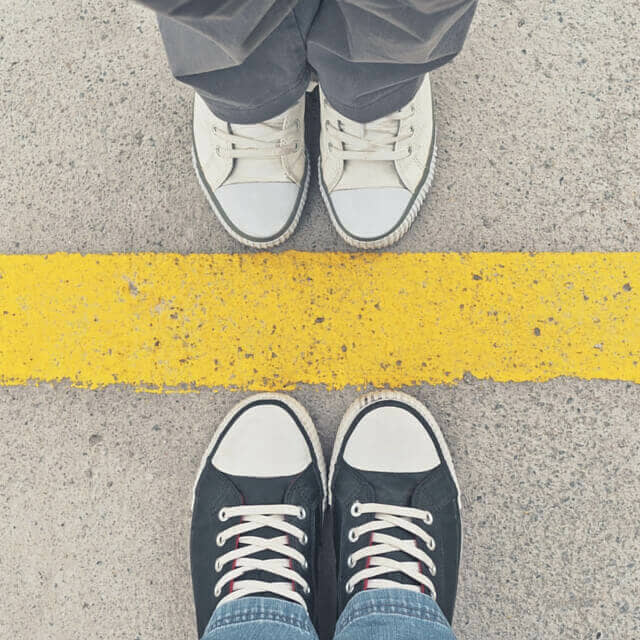 I almost un-followed a friend the other day on social media. Here's why--

As we all know, it's political season, which means that there's more than the usual volume of ideological chatter buzzing around the airwaves. In the midst of this, I'll confess that I find myself wondering how certain friends can combine their Christianity with their political beliefs. I'll read a status update on Facebook, or see an ideological endorsement come through Instagram, and think, "How can they follow the same Jesus I do and feel this way? How can they read the same Bible I do and come to such different conclusions about social and political issues?"

Don't pretend that you don't do this, too. I can't be the only one.

Eventually these updates start to feel like an attack--like sandpaper on my skin. Anger stirs in my chest. My passions are heightened and I feel the need to defend my beliefs.

And then, in the midst of this turmoil, a small voice says this, and it surprises me every time:

Stephanie, it says, Jesus is not "one of us."

It's natural--human--to put ourselves into "us" and "them" categories. I'm doing this very thing when I see and hear people express their varied opinions on issues. Are they on my side or the other side? I ask. Are they for us or against us? I wonder.

Jesus was not interested in being used for other people's agendas

These are normal questions, sure, but it's worth noting that Jesus stubbornly resisted attempts by others to place him in with "this crowd" or "that crowd." He'd hang out with the religious elite one night, and then gruff tax collectors the next.

To think that this behavior was just because Jesus was a laid back dude who liked to hang out with everyone, or because he was hanging out with "them" as a mission to the lost, misses an important point: Jesus was not interested in being used for other people's agendas, political or otherwise.

The Samaritan woman at the well tried to get him to pick sides by drawing him into an ideological debate. He persistently thwarted her efforts. Peter rebuked him for predicting his death, likely hoping Jesus would eventually rise to power and overthrow Rome. Jesus called him Satan.

This doesn't mean that political convictions don't matter. They absolutely do. But when those convictions trickle down into the flesh and blood of real people, Jesus' example shows us what matters more: love. It was a lesson his disciples were constantly perplexed by. "Why are you speaking to this woman?" they'd ask. "Why are we having dinner with them?" I can imagine them saying. His response can be summed up in John chapter 15: I'm the vine, he said, and you're the branches.

In other words, he's not one of us; we're one of him. We abide on his vine, not the other way around.

Every single time I reach for "unfollow" or "hide" or want to leave a potentially heated conversation, the Holy Spirit stops me. Is there no room for "one of them" on my vine, he asks? Can you only abide with those who are "one of us"? Immediately I know that the question is rhetorical. I don't get to pick who grows on the vine; he does.

So I'm being challenged to keep the relationships and updates that scratch at me, and instead of "us" and "them," I trying to focus on HIM. It's difficult, and messy, and uncomfortable, but hey--that's Jesus for you. My comfort isn't really his top priority.

Will you join me this political season with this challenge: Will you proactively keep "them"--the people who agitate you--in your life and in your stream? And then will you pray with me that we would bear the fruit Jesus wants us to bear, which is love? Messy, uncomfortable, confrontational-yet-still-full-of-grace love.

I can't tell you how this love will manifest in your life and in your politics, but I'll be curious to see how it manifests in mine. Leave your "Yes--I'll accept this challenge" comment, below, or email me at shillberry@group.com with your thoughts.