An Important Question to Consider After the Grammys 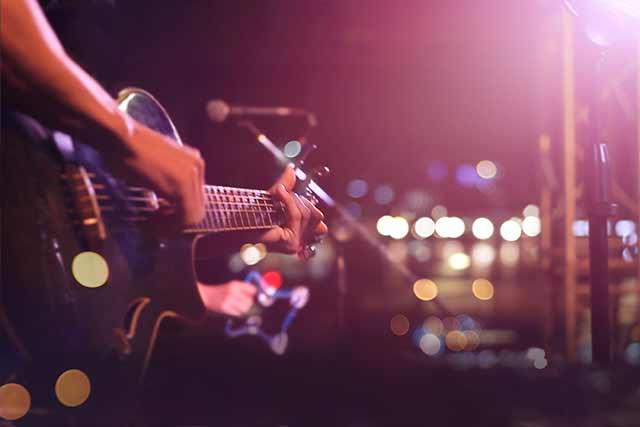 I watch the Grammy Awards show every year—all 3 ½ hours of it (excluding the red-carpet pre-show, which strains my endurability). It’s a firehose of pop culture and a peek into the mostly narcissistic lives of celebrity performers. Humility is a scarce resource on the show, just as it is on Oscar night. But here’s something that makes Grammy-watching an imperative—Jesus has implored us to live in the world but not be of the world (John 17:14-16).

>>Check out our podcast Paying Ridiculous Attention to Jesus

That means we plant ourselves in the mainstream current, because that’s the necessary context for redemptive relationships. Our feet are anchored there by Truth—whose other name is Jesus. Our eyes are wide open to all that the culture is bull-horning at us, while our soul is wide open to the counsel of the Spirit.

Now that I have a day of Spirit-chewing under my belt after the show, here’s a big question to consider as we think about our ministry to teenagers…

If music is a powerful force in our lives, how much do the lyrics matter?

Before pop star/actress Jennifer Lopez announced the award for Best New Artist, she paraphrased author Toni Morrison: “This is precisely the time when artists go to work. There is no time for despair, no place for self-pity, no need for silence, and no room for fear. We do language. That is how civilizations heal.”

And before the show, longtime Grammy Awards producer Ken Ehrlich affirmed the essence of what Lopez was trying to say: “One of the things I’ve learned from working with artists for 40 years is that they are deep-thinking, vital individuals who have interests that cover a broad cover a broad spectrum of subjects and passions. We should certainly allow for it on the broadcast.”

The premise here is that music artists have something powerful to say, and that’s why lyrics matter. I couldn’t agree more. But last night, as Ed Sheeran was performing his new song “Shape of You,” I told my high-school daughter Lucy that the song was a ridiculous exercise in middle-school lust masquerading as a something-to-say love song (“I’m in love with the shape of you/We push and pull like a magnet do/Although my heart is falling too/I’m in love with your body”).

Lucy shot back: “Dad, don’t listen to the lyrics—just enjoy the beat. He’s a really talented musician.” And I said: “I can’t compartmentalize his song, and he didn’t intend for us to do that. For music to truly move our soul, the lyrics must reflect a deeper truth somehow.”

Then I referenced the Justin Bieber song “Sorry” from his 2015 album Purpose—I hear it a couple of times a week in a fitness class I go to, and it reminds me a lot of Sheeran’s new song: “Is it too late now to say sorry?/'Cause I'm missing more than just your body, oh/Is it too late now to say sorry?/Yeah, I know-oh-oh, that I let you down/Is it too late to say I'm sorry now?/I'll take every single piece of the blame if you want me to/But you know that there is no innocent one in this game for two/Can we both say the words and forget this?”

Sorry, Biebs, women are looking for stand-up men who will own their “sorry” with courage—his “something to say” is a passive-aggressive play to get back what he wishes he still had without having to admit too much. And as long as the girl in question doesn’t mind the disrespect behind “more than just your body” and “I’ll take the blame if you want me to,” he’ll get what he wants.

I have two teenage girls, and the subtle message lurking in the lyrics to these two mega-popular songs is disgusting to me when I consider it’s directed at them—but the distinction can be lost if all that matters is the sound of the song, not the payload it carries. Following Jesus means living in His Spirit—and that means practicing what I call “The Jesus Push-Back.”

Yes, we have an obesity problem in Western culture that must be addressed through diet and fitness. But we have an “obesity of the mind” problem that’s just as serious—the “muscle” we need to strengthen more than any other is the one that fuels our critical thinking. That’s precisely why Jesus used a push-back exercise that’s crucial to our “soul fitness” when it comes to cultural consumption: “You have heard it said… But I say…”

Simply, we pay ridiculous attention to the cultural messages we take in, and treat them with a healthy skepticism. We learn to think in a Jesus Push-back way by simply noticing whenever we hear a “given” in the music we listen to (or the books we read or the films we see), then ask ourselves what Jesus would say back to that “given.”

We don’t have to brainstorm what He might say, because we have the Spirit of Jesus within us. We ask him about his response to that “given,” and then listen and learn. Our artists are repeatedly telling us they have something to say, so it’s our Jesus-y responsibility to take them at their word. That means we pay better attention to their “something to say,” and put it all through the Jesus Push-Back filter: “You have heard it said… But I say…”  For more ideas on how to practice Jesus-style critical thinking, check out The Jesus-Centered Life.

Rick Lawrence
Rick Lawrence is an author, ministry leader, the longtime editor of GROUP Magazine, and he leads The Simply Youth Ministry Conference. He’s the General Editor of the bestselling Jesus-Centered Bible, and is the author, co-author, or editor of 37 books, including The Jesus-Centered Life; Skin In the Game; Shrewd; and Sifted. He’s married to a spitfire Irish-Italian, and has two teenage daughters. Even his family’s dog, two cats, and various small vermin are female, making him the fulcrum of testosterone. As a result, his all-time favorite film is the five-hour BBC version of Pride and Prejudice.
Recommended Posts
STAY IN THE KNOW with promotions, offers, newsletters and valuable content sent straight to your inbox.